The story of where we've met

Over the years, as Workshop has grown in size, we've moved around a bit!
Here's where we've been meeting - most recent first... 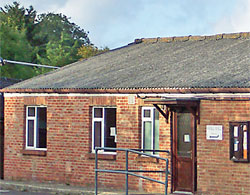 It wasn't possible to restart at our previous venue at the time post-Covid amateur music-making was allowed, and so we moved to another local venue which was able to accommodate us and provide a Covid-safe environment.

Our new home from 2021 is Lovedean Village Hall, not far from the A3M, so still convenient for the A27 from the East, the A3M from the North, the M27 from the West and for Portsea Island too.

Our new home from 2006 was St Andrew's Church Hall Farlington - convenient for the A27 from the East, the A3M from the North, the M27 from the West and, via Eastern Road, for Portsea Island too.

The Covid-19 outbreak meant we stopped meeting in March 2020.

Although amateur music groups could re-commence from May 17th 2021, the Church decided to open hiring just for children's groups, meaning we went searching for a new venue.

A disastrous redecoration that over-ran spectacularly in 2005 saw us decamping to PGS Junior School in the autumn term, courtesy of Richard and Mike who taught there.

Not long after we returned to Purbrook, the Hall Hire charges shot up and the car-park became closed for a long period.

And so over the Summer of 2006 we bade farewell to St John's Church Hall.

When more players joined from Derek's Adult Education classes, on 16th February 1989, it became apparent that a larger and more accessible room would be essential, and we moved to St John's Church Hall Purbrook, where we stayed until 2006.

At first, we were able to rent half the Hall, which was divided by a partition, but as Workshop grew in size we booked the whole Hall. Originally, the entrance to the car park was down the alleyway at the side of the Hall, but a new road and a new vicarage at the rear of the Church meant that the parking was much improved and access easier and safer. 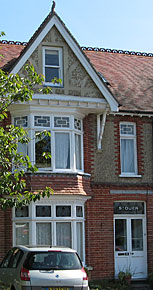 Workshop began in 1988, meeting in an upstairs attic room of one of the founder players, in Wallis Road Waterlooville.

Our first meeting, on 20th April 1988 saw us marching up a large flight of stairs to be greeted by a tiny flight of steps to the top floor - a room set into the roof.

And so Workshop was born, with 6 handwritten sheets of music and 3 chord sheets. How times have changed!