You can read about the venues we've met at this page, starting at a player's house and moving to a comfortable venue with easy access to the major roads in the area. Over the years we've met as many as 21 times in a year, and as few as 15. But if we average it out, then our birthday Workshop was the 377th meeting!

Add that lot up, and it's pretty much an average of one new piece every single Workshop!

We had our first concert in 1989. They were originally once a year at Christmas, with a fund-raising event outdoors in the summer, but in 1998, when Workshop was ten years old, we held an April concert and from that point on we've run two concerts a year, so that friends and families can hear both Christmas music and Workshop pieces. Over the years we've raised £25,014.95 for good causes locally!

At the 21st birthday, there were cakes and a celebratory drinks, and our annual rendition of Happy Birthday, arranged in the style of The Blues. 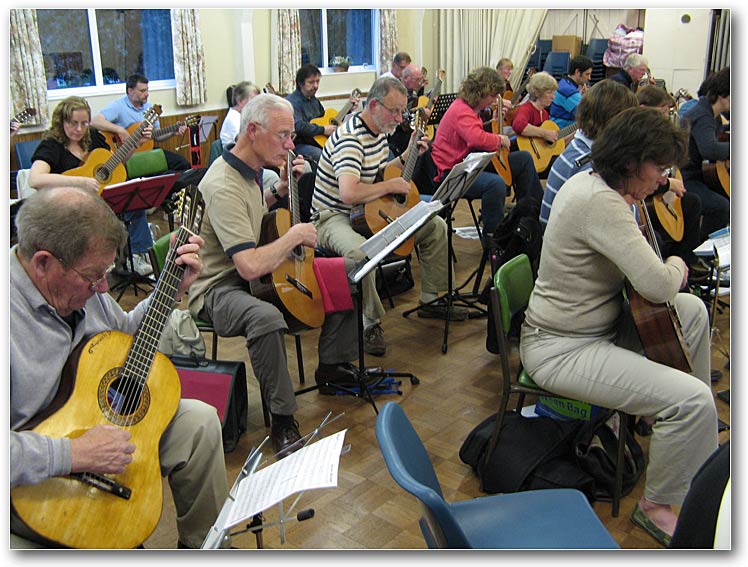 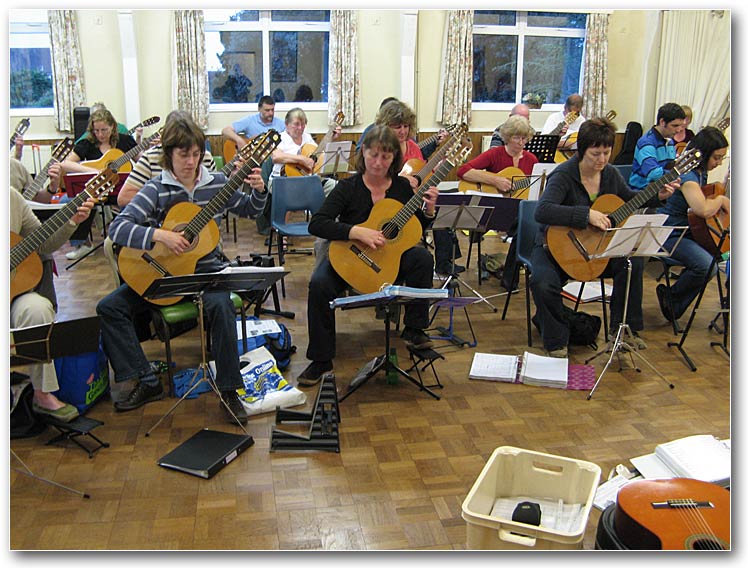 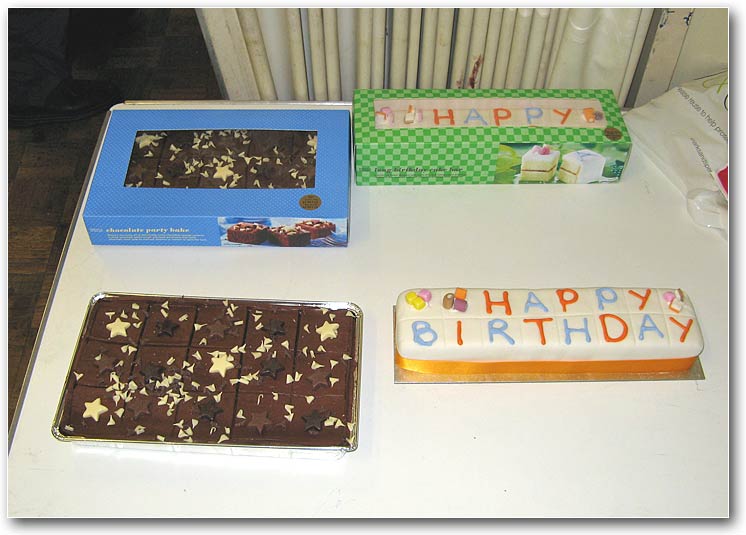 No Birthday is complete without a cake or four...